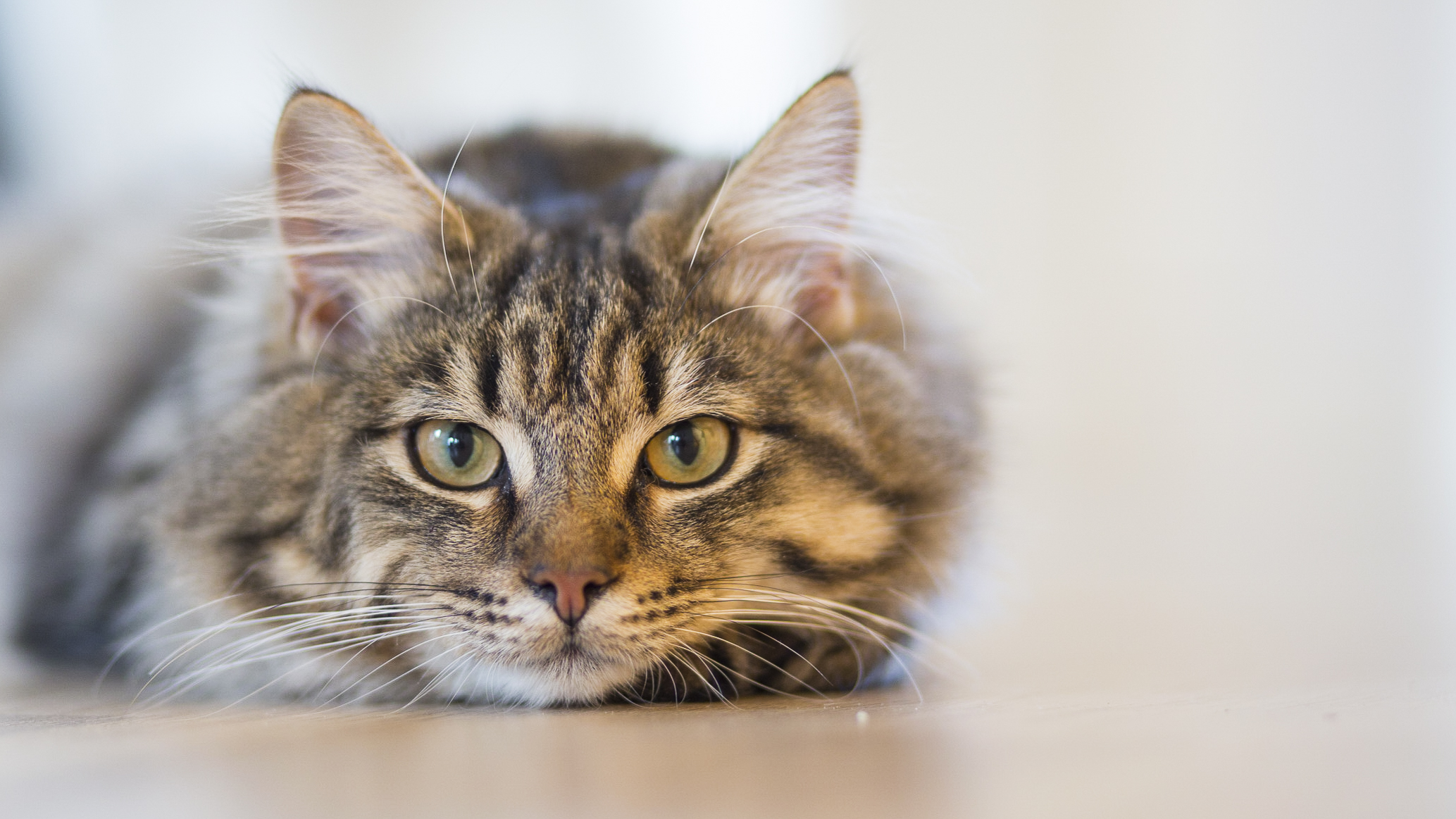 The Norwegian Forest Cat is a brilliant feline species native to Northern Europe. They are well adapted to their environment and thrive in cooler temperatures and have an ancient lineage dating back to the Vikings (and beyond). This strong, robust and intelligent breed is similar to the North American Maine Coon. They are larger than the average house cat and built to withstand often harsh climates. The breed is said to have its roots in the Vikings around 1000 AD They may also have links to the Crusaders returning from Jerusalem. As the breed interbred with wild cats, they morphed into the Norwegian Forest Cat that is primarily seen today. These remarkable animals may have served on Viking warships hunting mice and often keeping deadly diseases away from the crew. They have amazing hunting ability, and they also served on farms to hunt rodents. The breed was on the brink of extinction due to raids in World War II, but has flourished since an official breeding program was started in 1938. This cat was only known in Norway until the mid-1970s, when it gained official recognition. . Norwegian Forest Cats are now flourishing in Europe and North America, with over 400 births of the breed celebrated in a typical year.

physical characteristics
The Norwegian Forest Cat does not contain many of the small, graceful features commonly found in domestic pet cats. They are built much tougher and have incredibly thick water-repellent coats that allow them to survive in incredibly cold climates. They also have characteristically bushy tails. The body is longer than the typical domestic cat, and they also have remarkably long legs that contribute to their unusual climbing ability. They have a remarkably long head/face shape that is often compared to a triangle. The ears have a noticeable tuft at the tip and are wide at the base. They are said to be able to scale cliffs with the strength of their claws alone, and many legends have been built on this cat’s ability to scale seemingly impossible surfaces. They are even capable of climbing rocks that normal cats would not be able to conquer.

behavior and temperament
Norwegian Forest cats are incredibly compatible with human company. Usually soft-spoken, they can become more vocal when sharing a home with a dog. They are extremely intelligent and love to play and show off their hunting skills. While these cats are generally found outdoors, they can mostly adapt to an indoor life, given the right amount of attention, affection, and enrichment. Expect to feed a Norwegian Forest cat more than the average breed. Their larger bone structure and musculature require more nutrition than the average cat, and this need for nutrition can cause an unexpected strain on an owner’s finances if it comes as a surprise. This is a breed that is full of remarkable energy. They also require a lot of attention to be considered stable, healthy and happy.

health concerns
Norwegian Forest Cats have moderate but average lifespans, typically living 14-16 years when cared for properly. They are notorious for certain genetic dispositions such as kidney and/or heart disease due to certain genetic markers within the breed. Norwegian Forest cats are also genetically predisposed to type IV glycogen storage disease, which can be fatal if not treated properly. This disease can be detected by DNA testing, and many reputable breeders require DNA testing before an animal can breed freely. Due to their large bone structure, they can also be susceptible to hip dysplasia. Reputable breeders will check these genetic dispositions prior to breeding and will often test the litter for health issues before they are released for sale or adoption.

The Norwegian Forest cat is a sociable and intelligent breed. By giving them the right amount of attention and affection, you can ensure that these beautiful cats will enjoy a long and happy life.